TO OUR HEARTS AND HOME TO YOURS

They are a Non shed small dog and one of the most popular of all breeds.
We have 2 Yorkie little girls that also boasts that wonderful non shedding coat that are charting to be 3 to 4 pounds that are just adorable little purse dogs for $1100. They will be chipped  and will be ready to go about the 15th of Dec give or take a day or so . Because they are so small they would not make a good pet for small kids.

We love starting our baby's out right so we will also send them home with A Puppy Kit that includes a  a sample of puppy food that we are currently feeding, a health guarantee that includes your family vet,  some supplements to help keep her healthy and happy while they adapt to the new family and of course they can't leave with out up to date shots and wormed. Click on the picture below to make bigger.

We do only show puppies by appointment only. We accept all major credit cards  You can contact us at 513-528-3186

They have grown so much in such a short time and its been so fun to watch.

Just a few facts about Yorkies

They are a Non shed small dog and one of the most popular of all breeds.

The Yorkshire Terrier is also very portable and loves to travel – whether it’s in a bike basket, backpack or designer purse.Yorkshire Terriers are born with black and tan coats, but as they age the colors changes and it takes about a year.

puppies younger than 4 months have the hair on their ears clipped to encourage the ears to stand up. Once the ears are up the hair falls long with the rest of the coat.

Fact 1: They ran with the rats!

Most find it hard to look at that cute little Yorkie face and believe that they were  Traditionally,bred as a ratting dog, used to hunt out vermin in tiny places and clothing mills in the nineteenth century.

Fact 2: A Yorkie was a War Hero

Smoky the Yorkshire Terrier was quite the hero during World War II. The little fluff ball helped save the lives of soldiers during the war by carrying communications wires through an underground tunnel.

Fact 3: Loyalty is No 1 with this Breed

German Shepherds are loyal, we know, and Labs and Golden Retrievers, sure but Yorkies? In fact, Yorkshire Terriers are known for their incredible loyalty to their owners, preferring to stay close by their owner's side at all times.

Fact 4: They didn't become Yorkshire until 1870

Don't be fooled because the Yorkie is part of the Toy Group this breed is by nature very brave, determined and energetic. They have big personalities and make great family pets. 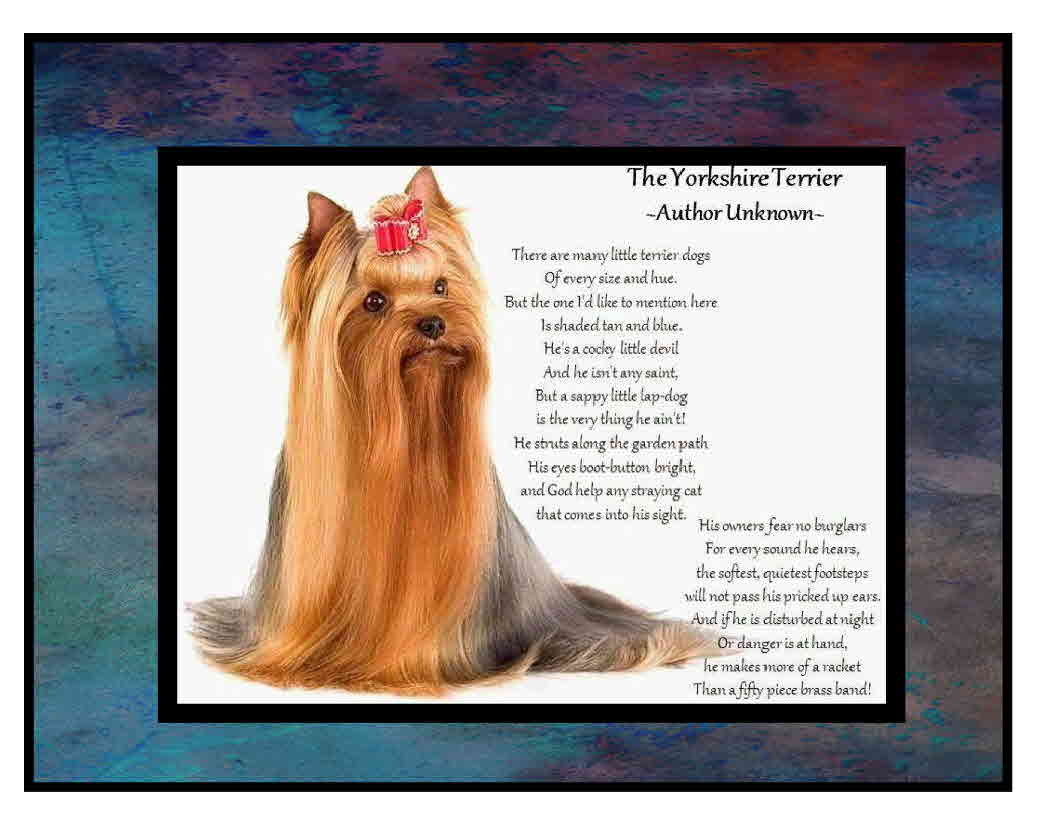